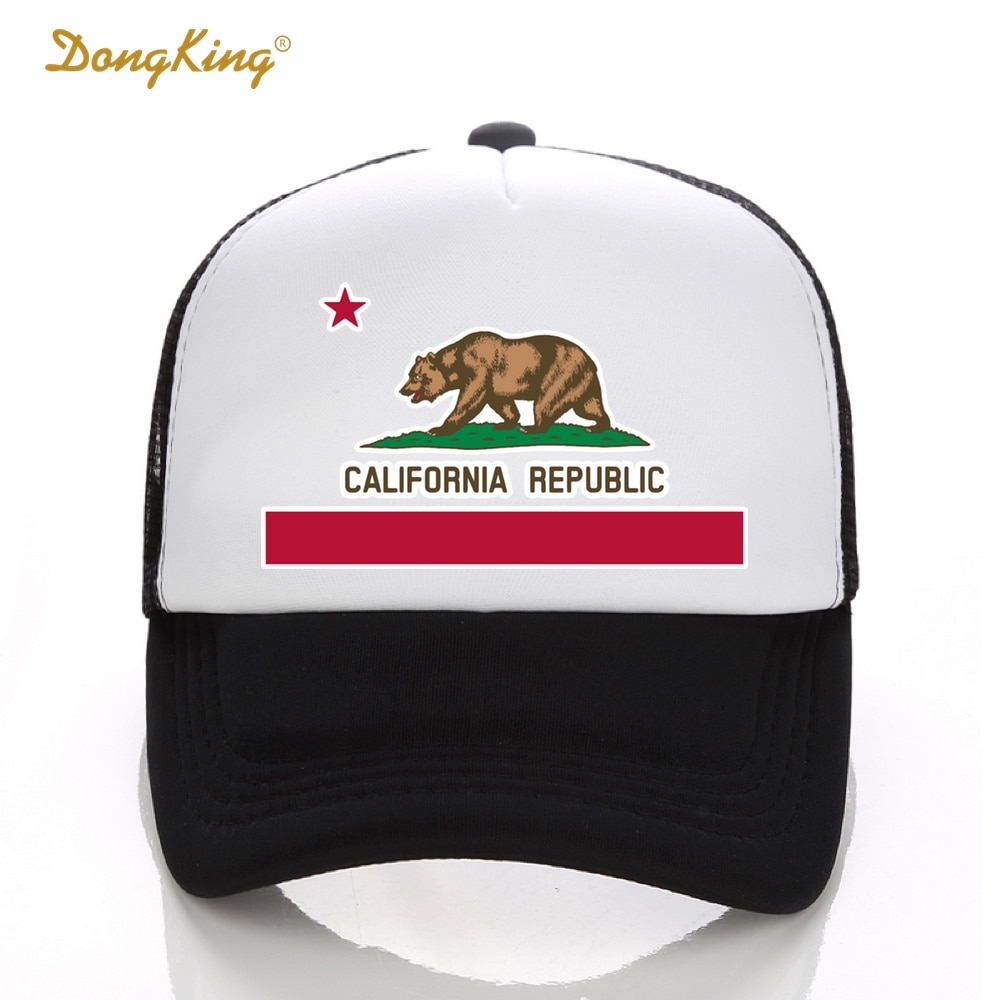 , oval: suitable for large brim, flat brim or a hat with a slope.
2. Round: A longer cap with an asymmetrical brim can increase the length of the face without making the face look too full. 3, square: irregular edges and conspicuous caps will make the face look more beautiful; and the hat is worn at an angle, which can soften the edges of the face.
4, long: to avoid the cap is too narrow; moderate brim can make the face look wider.
5. Triangle: Choose a short and asymmetrical brim or high hat crown that will line your eyes and keep your eyes away from your chin.
6, heart shape: choose a small and high hat, so that people will not pay attention to your small chin, avoid large and heavy styles.
A hat is the best ornament for a woman. It is much larger than a shoe or a handbag. It plays a finishing touch in the overall attire of women. It combines practical value with ornamental value, and it is a continuation of female personality and the unique charm of the individual. Western women are well aware of this point. In the film “My Fair Lady”, Audrey Hepburn’s luxurious hat is impressive, and the Princess Diana, who has passed away, has driven the popularity of the feathered triangle hat. At the clothing conferences of many big brands, the hats are applied to the extreme and are very popular. Designers not only use ordinary feathers, chiffon or silk flowers, but also use some high-tech new materials to make the hat more memorable, and make the overall look of the model more eye-catching.
Color: Some people set the black, brown, gray and part of the red tone as the classic color of the hat. The basic principle of choosing a hat is to coordinate according to the hue of the whole body to achieve a harmonious effect. A brightly colored hat will give you a feeling of vitality. Try to choose cool colors away from warm colors, such as green, lemon yellow, light pink, light blue and so on. Priority can be given to neutral colors such as black and brown, which are easy to match with clothes. Try to avoid colors that contrast with the color of your clothes. Choosing the same color is a wise choice.
Materials: I really don’t know what materials can’t be used, especially in the eyes of designers. One silk, one cloth and even a bright flower. The advancement of modern technology and the improvement of the production process have made many materials that were impossible.
Style: Can anyone tell me how many styles of hat space? No. In the fashion arena, as long as it is on the head of the model, it can be called a hat. That is the designer’s exaggeration, can only be used to see. The following hats are beautiful and practical. Big hat: It can best reflect the gentleness of the girl. The main material is a slightly thick cotton cloth. If your haircut is just a fluffy wave, then a big hat is the best fit. Under the wide hat is your looming gaze, letting you show full femininity.
Beret: Used by many countries for military caps, it gives the beret a cool temperament. The style is simple and the hat type is crisp. Below the hat is a waterfall like a waterfall, people can’t help but look back and see more.
Cap: Just like the ad word. Young, nothing can’t. Who said it is a male exclusive product. When a girl wears it, her personality is unreservedly publicized, reflecting her capable neutral style. Not necessarily a solid color, the combination of gray and yellow will make you look particularly eye-catching.
Cowboy Hat: The distinctive hat shape reflects the vitality of the western cowboy. The coolest expression is to raise your eyes and look at people in a half-cover. There are two colors of embroidery and solid color. If the inside of the hat is printed, it must be turned up when wearing it. Both long hair and short hair can be tried.
Fisherman’s Hat: It is a small tubular hat. It is a must-have accessory for every fashion girl. Many girls choose it when they travel. Some hats have different colors in and out of the hat. They can be worn on both sides, which is not only suitable for girls’ changing personality, but also economical.
Tip: A small friend is suitable to wear any type of hat, and a person with a big head is better not to wear a head tight cap, which makes the head bigger; a short friend does not wear a flat top wide hat; a long face shaped person, Suitable for women wearing wide-brimmed hats and gray skin, don’t choose gorgeous hats

Most of the market is ordinary hats.
I bet a person who has a sandwich and does not know the sandwich hat.
Some sandwich hats will be marked with LOGO or letters in the middle.
s it dazzling?
It doesn’t matter if we introduce one by one.

If you are too lazy to watch

Can after reading the introduction of the baseball cap

Skip to see the next chapter
Baseball cap
Most people don’t have the habit of wearing a hat
This is not good
Even if you are not handsomeWearing a pair of hats will add a lot of points.Handsome people are even more powerful.We must learn to decorate the head with a hat !
1, boys hat types
The master summed up 21 hats
First look at the picture to understand
The most popular hat
It’s also the easiest hat to take
But how to wear a hat that can be seen everywhere
You have to know these points
Many people refer to baseball caps as caps.
Strictly speaking, it should be this inverted triangle hat.
Extending backward from the top of the hat and the top of the cap
Give people a feeling of retro art
People with stories will choose
Net cap
Also a kind of baseball cap
Basically, there is no difference between a baseball cap and a baseball cap.
But the back part of the hat is a mesh
Basic farewell to the possibility of anti-wear
Breathability is good in summer
Fisherman’s hat is also called a pot cap
There are two kinds of square top and dome
Stand out from the middle and old age items in China
Nowadays, I am playing a new trick in the fashion world.
In fact, as early as abroad, it is one of the symbols of hip-hop culture.

It is also a stylish and versatile hat.
The top of the cap is wider than the flat cap
It looks more masculine
Man, there should be a hat like this.
First used in the military
Not only can you wear a cushion
It’s really bitter this hat
Later popular in France and even favored by painters
Such as the abstract art master Picasso, etc.
So also called the painter hat
But the difference in style is like this.
Straight cap
Belonging to a baseball cap
The main feature is that the hat is flat
The front and back of the brim, even inside
There are usually delicate embroidery and signs
Popular in the hip-hop culture
The back button is also a very important detail
At first, the size of the baseball cap is fixed without a back button.
Later, the hat that was extended by the public appeared buckled, etc.
Developed to the present, all kinds of back buckles
There are also slings that are also more popular recently.
There are often various patterns on the hat.
But why do some look good and feel LOW?
In addition to the pattern and the difference in craft
The qualityof silk screen and 3D embroidery is of course natural.
From the newspaper boy who sent the newspaper
Don’t have a retro style
The top of the cap can be topped up or collapsed
Easy to be confused with a cap
Note that the newsboy’s hat mouth is a perfect circle to distinguish
If you think the hat is too conservative
Panama hat is a good choice
Fashion and leisure are also official
Very popular with stars
Chinese People’s Liberation Army 55 style winter uniform cotton cap
Known as Lei Feng, the land of China
With the development nowadays most refer to hats with ear protection
Both positive and negative
Have appeared in running men
I like to know how to look at detective stories.
The detective Sherlock wears this hat.
Di Renjie is also going to change one.
a hat that wraps his head around the scalp
Domestic should be popular with Jay Chou.
There is also a way to pack the face by the way.
Carefully put on the street and get caught
Also called tennis cap
The top of the hat is empty
Breathability is very good
Common in marathon sports and tennis players
Who is not a prince?
Finally, there are five hats.
Cap height is 14-19cm
Used to be exclusive to the upper class
The hat depth can avoid riding without being blown away by the wind
Now more common in magician dress up
One of the most classic hats
Look at the godfather and go to the beach to know
The top of the cap has a groove for the man to pick up with his hand
Pay tribute to each other to show the gentlemanly demeanor
British invention Pkbazaar.pk
Popularized in the 19th century
Once a symbol of British gentlemen and culture
Representative: Chaplin

Also called Panama hat
The rear cap is slightly upturned and narrowed
Hat with charm aura
Other than this
There are many strange hats in this world.
I will not introduce them one by one.

We collectively call the top hat
Popular in Western capitalist countries in the 17th century
Used to show one of the essential accessories of the social class
2, how to choose a hat
Some boys think that they are not suitable for wearing hats.
In fact, no matter what type of face, there is a hat that suits you.
The reason for not being good-looking may also be that the hat and the whole style are not
So how to choose a hat
We consider it from two aspects

The diamond face is wider at the humerus
Te head chin is relatively narrow
Choose a hat that slows the contrast above the cheekbones
For example, a fisherman’s hat can cover this well.
Or a fedora hat is a good choice

There are more cap types to choose from.
Whether it’s round or square or sharp
But the face is too small, you can’t choose a hat that is too big.

Long face can increase the width of the brim
Reduce the visual effect of excessively long faces
E.g:
The cap is not high but has a certain width
Flat top hat is not high, hat is wider
Round face selection hat two directions

One is to increase the sense of straightness of the head

Recommend the above hat types

Of course there are exceptions such as bowlers

It is also a good choice with a gentleman’s dress.

Egg face can be a lot of choice

Most caps can be easily navigated

But also avoid caps that are too high and too wide.

There are more choices

There are three situations in daily life.

There will be a need to wear a hat
1. Better image display

Most of this is to make your image cater to the aesthetics of others, and it can look more reliable, more professional, more friendly or stylish, etc. Pkmarts.com